If you happen to be the AIDS Healthcare Foundation, you get off the floor, shake yourself off....and fire a dozen press releases rewriting defeat as victory...and then you fire off your lawyers for diversionary tactics to hide the pain of getting your asses kicked.

Early this week, in the wake of the defeat of AB 1576 in the California State Senate, AHF announced that they would be filing a complaint with the Nevada state branch of the Occupation Safety and Health Administration (OSHA-NV) regarding a porn shoot done in that state by the site Kink.com. The complaint, according to AHF's press release, states that Kink.com allegedly violated the Nevada and federal OSHA standards for "bloodborne pathogen" protection by not requiring condoms in the filming of one of their videos....in particular, the video Vegas Road Trip (misreferenced in the AHF filing with the title Hoghtied Whores, which featured performers Krissy Lynn and Skin Diamond, and was shot for the Kink-registered site Hogtied.com. 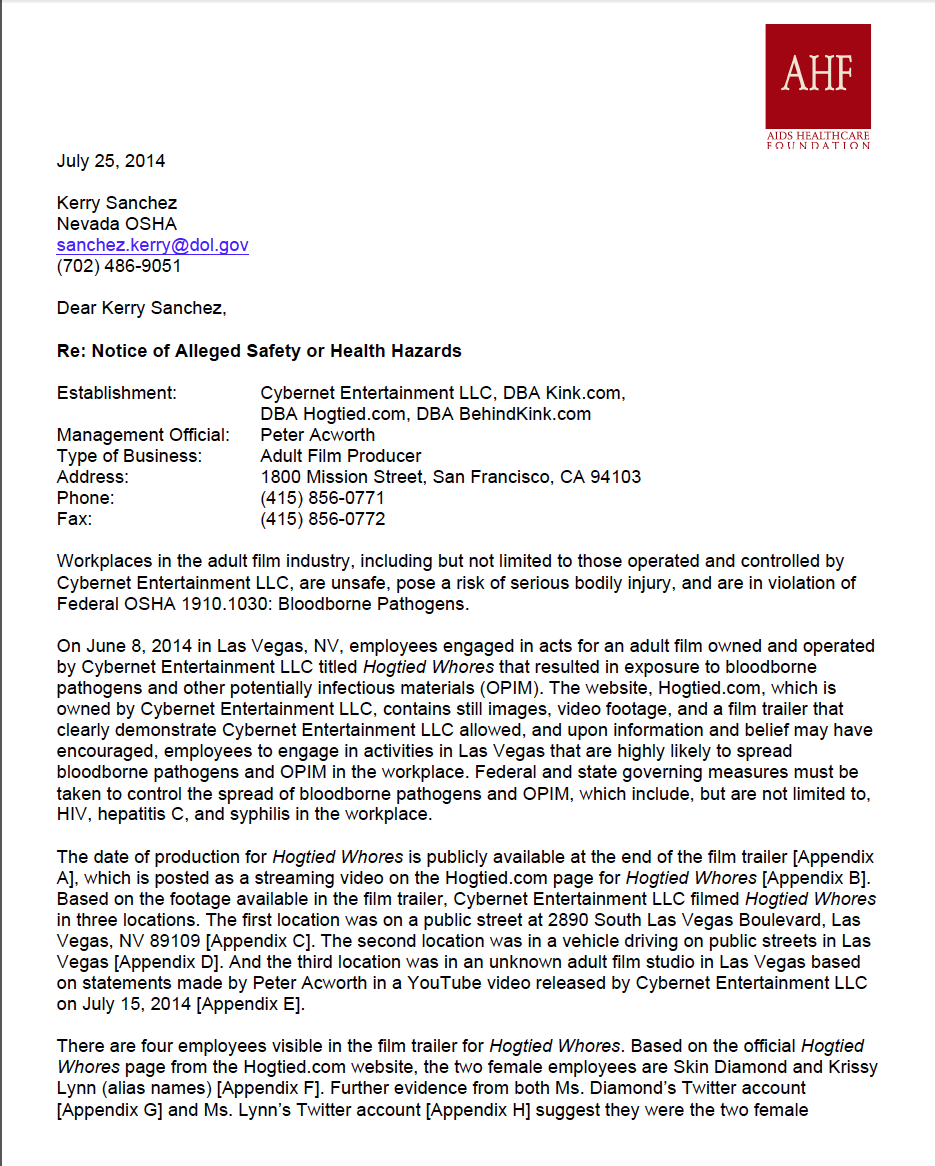 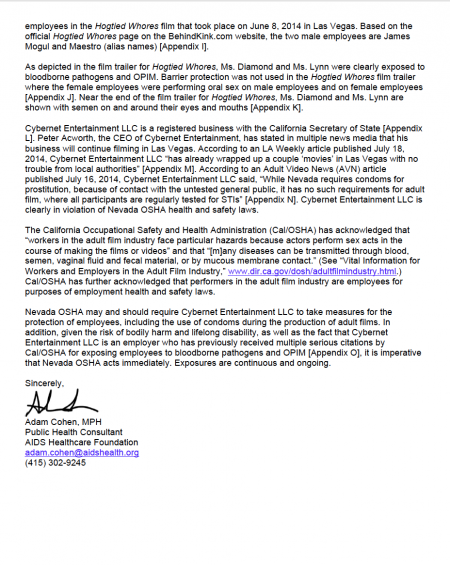 The answer to that lies in the current attempt in California to rewrite the "barrier protection" codes to apply to adult filming, and impose condoms through legal regs rather than legislation.

The current revision to CCR 5193, which regulates "bloodborne pathogen/other potentially infectious materials" barrier methods for general purpose exposure in hospitals and other high-risk exposure occupations, is CalOSHA's attempt (with the full collusion of AHF, of course) to apply that law to the adult realm.

But, the biggest presumptive lie of all this is what Cohen implies about the four performers (Krissy Lynn, Skin Diamond, James Mogul, and Maestro).....which parallels all the implied assumptions projected by AHF on the Kink.com shoot that Cameron Bay participated in. Notice a gradual shift in emphasis away from the charge that Kink.com deliberately caused an HIV outbreak (proven false, of course), to the charge that Kink.com merely increases the risk of STI's. Never mind that all four participants were more than likely tested and found to be STI free, and therefore couldn't infect anyone, even if they went full on with an active gang bang. That seriously fracks up AHF's propaganda, so they have to now move to the "higher risk" card to keep the deception of "protecting the industry" going.

Thanks to their power over CalOSHA's adjucative procedings, AHF has actually convinced some judges to rule in their favor in filings of OSHA complaints in California. Let's see if Nevada falls as equally hard for this fakery.

Posted by Anthony Kennerson at 2:56 AM